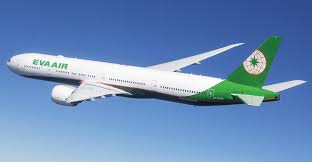 You have read about all the wonderful things to do and eat in Taiwan and have decided to visit. There are many international air carriers that fly into Taoyuan International Airport in Taipei.  If you are in North America, there are two Taiwan airlines that have many flights to Taiwan, China Airlines (not to be confused with mainland China’s Air China) and Eva Air. In 2017, Eva Air was rated the world's 6th best airline.

Most of the flights leave from the west coast of the U.S. and Canada or from JFK in New York City. Eva Air has additional departure cities of Houston, Chicago, and Toronto.

Asian air carriers constantly get high reviews of their exceptional service and I can attest to that from my experience on Eva Air. The Taiwan air carriers also fly to many other Asian countries, such as Thailand, Japan, and Vietnam, and China. If you are taking one of them to another Asian destination, why not increase your layover in Taipei and see some of amazing Taiwan? The Taiwan Tourism Bureau even has a free tour of Taipei if you have a layover of 7-24 hours.  Check out this website: http://eng.taiwan.net.tw/tour/index.htm.

There are three classes on both airlines, economy, premium economy, and business. The premium economy class would be similar to the first class on a domestic route in North America. The business classes offer lie-flat seats and are called Royal Laurel with Eva Air and Premium Business with China Airlines.

Both airlines booking sites leave something to be desired, but I find Eva Air’s booking website a little easier to use than China Airlines. Once you put in your requested dates and cites, you are presented with a range of prices with names such as Economy Super Saver, Economy Semi-Flex, or Premium Super Saver, etc.  I counted six different economy prices on China Airlines. The main difference between them is how many miles you will accumulate in the airlines’ rewards program and how much you will pay for a ticket refund. The Economy Super Saver, while the lowest price will not accumulate any miles and will have a high refund penalty.

For the Premium Economy class on Eva, it gets even better. Seats are configured 2-4-2 with 38 inches a pitch. In Royal Laurel or business class configuration is 1-2-1 and the seats are the lie-flat type. 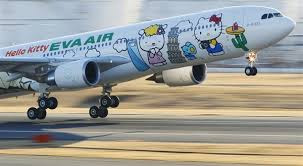 Below are some pictures of the food I have experienced on Eva Air. 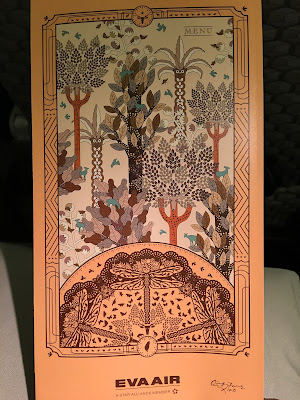 If you have a U.S. Global Entry number you can use the Taiwan E-gate quick immigration system, however, you first need to complete an on-line application, pay NT$3,000, and schedule an in-person interview at the Taoyuan airport. If you are not a frequent traveler to Taiwan, it probably does not make sense.  I have never waited very long in the non-Taiwan citizen line at the airport immigration.

So now you are in Taipei’s Taoyuan International airport after a long overseas flight. You feel like you need a shower and you don’t belong to one of the lounges that have a shower. Not to worry, the Taiwan Taoyuan International Airport has you covered if you are making connections or you are staying in Taiwan. In terminal 2 in the upper floor where all the airlines have their lounges, you will find free, clean showers as you walk to Mos Burger. Use this if you have a layover. Towels are not provided so bring your own or rent one at the spa next door. There are also showers in the Business Center on the same floor.

If you are not connecting, there are free showers in the baggage claim areas. If you want to use them, don’t exit the baggage claim into the Arrival Hall. You cannot get back in. For location on a map, visit the Taoyuan International Airport website: https://www.taoyuan-airport.com/english/store3_detail/Shower. 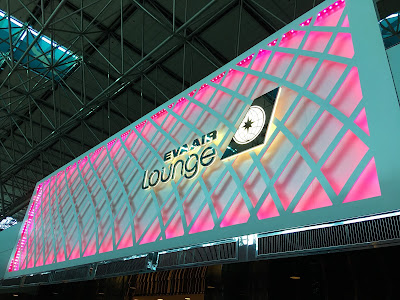 Eva Air has four lounges at the Taoyuan International Airport for their different levels of Mileagelands reward card members or those holding Royal Laurel business class tickets. The different lounges and who can use them are:


China Airlines also operates its own lounges at Taoyuan International Airport and if you are a Priority Pass member you also have access to the Plaza Premium and More lounges.

It seems like most of the flights to Taiwan leave around midnight on the west coast which means you arrive around 6:00 am Taiwan time. My suggestion would be to ask your hotel for an early check-in. In my case, the hotel charged me half of the room rate and I also got their buffet breakfast. Being able to shower, change, and eat made me ready for exploring Taipei!

How to get to the Old City of Lukang 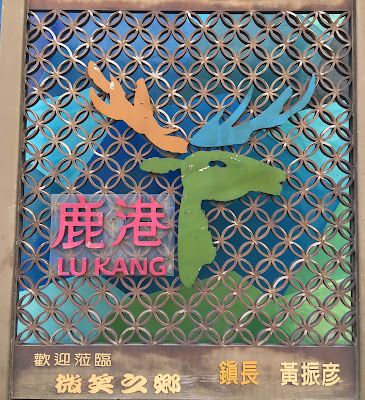 I have just left Chiayi City and am heading to Taichung by train on this my seventh day going around Taipei with only public transportation. The purpose of going to Taichung is to travel to the old city of Lukang. Many years ago, the city elders decided they did not want a train station and all the unsavory development that it would bring. That was a good thing for us because visiting Lukang is like going back in time. We get a glimpse of life in Taiwan 50 or 100 years ago.

I will spend the night in Taichung and then take the Taiwan Tourist Shuttle bus to Lukang in the morning. The Taichung Railway station (TRA) is being modernized and enlarged. After arriving, I exited the rear of the station but took a maze to reach the front of the station. The hotel I selected is not a far walk from the train station. I try to pick nice hotels near the train stations on this trip around Taiwan. It makes life easier when I need to take public transportation.  My hotel in Taichung is the 1969 Blue Sky Hotel.  Probably one of the best values on my trip! It was a very cool modern-romantic industrial type of design that has been opened for only a short time.

I need to travel to the nearby Taichung High-Speed Rail Station (HSR) to catch the Taiwan Tourist Shuttle bus to Lukang. I think there are local buses that leave from Taichung to Lukang, but most local bus schedules are in Chinese which I can't read, so I took a short train ride from the Taichung Rail Station to the High-Speed Rail Station.  Taichung will have an MRT soon that will link the downtown with the HSR station. Estimates are that this line will start in December 2018. By the way, I have never had a problem speaking English at any train ticket booth.


One thing to remember, the Taiwan Tourist Shuttle does not stop at every stop. When you are getting close to your stop, you need to press the button on the bus. I was looking at Google Maps on my phone for the nearest stop to my hotel in Lukang, but I was too late. I ended up at the main bus stop in Lukang and had to walk some distance to my hotel. Lukang Old Town is not that large, so it was not a far walk.

I stayed at a very new, modern, luxurious hotel called Union House. It is probably the best high-end choice in old town.

Time to explore the Old City! Lukang is known for its old buildings, small alleys where artisans still work, and its many temples. I could see the Longshan temple from my hotel’s window so that was my first stop.

Now time to head up the street to the infamous Mazu Temple. There are so many food vendors around the temple, especially seafood.

Time to explore some of the back alleys. It’s like a treasure hunt – you don’t know what you will discover. 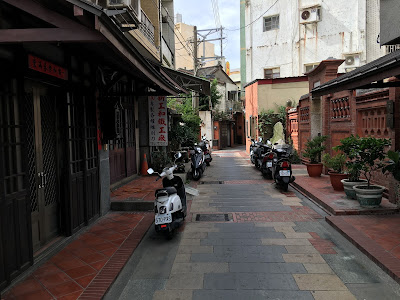 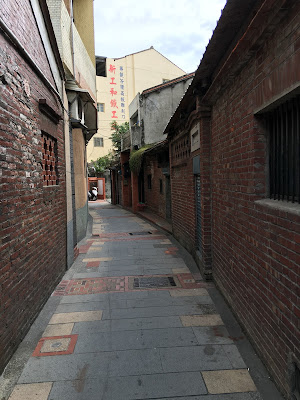 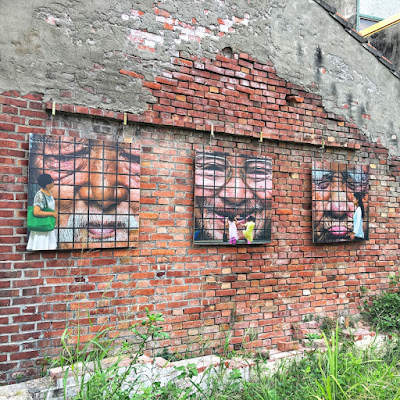 This hotel was the only one I have stayed at in Taiwan that did not have a breakfast buffet. I think maybe it was because there were so few guests staying here. I didn’t see any other guests, but I saw lots of staff.

I will take the bus back to the Taichung HSR station and then take a high-speed train back to Taipei. I walked back to the bus stopped where I was dropped off the previous day and asked a person who worked there that didn’t speak English “where to get on the Tourist shuttle bus?” Using hand gestures, he told me to wait in the small bus terminal and I suspect he will then tell me when the bus arrives.

The next bus to Chunghua and then the HSR station was a local bus.  No problem. It makes more stops then the Taiwan Tourist Shuttle bus but still goes to the same place. It dropped me off at Platform 5 and I was at the HSR terminal. Since so many trains go to Taipei it is no problem buying tickets the same day, except around local holidays. After a short wait, I am speeding to Taipei!

Posted by Thomas at 7:29 AM No comments: